Soffid 3 system is composed of up to five different components: 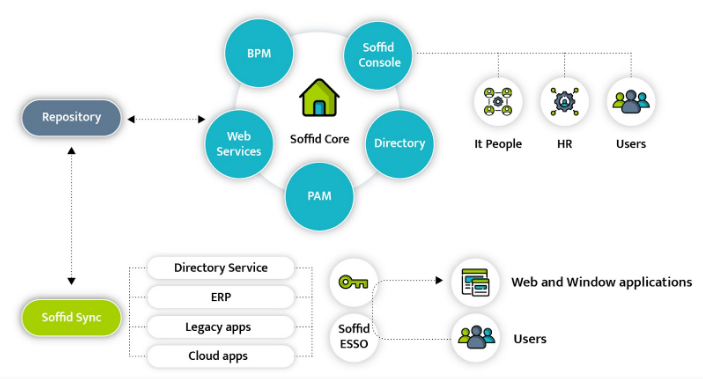 Is the portal used by administrators to manage identity management objects and by end-users to use the self service portal. It's 100% web and can be deployed in any Windows or Linux server. Kubernetes and Docker deployments are supported as well.

Is a relational database that stores all the information about configuration, policies and identity objects, including users, accounts and permissions.

Any of the following repositories are supported:

The sync server can be deployed in many different ways, allowing central, distributed and hybrid deployments, both on cloud or on premise.

Is a piece used to allow access to privileged accounts, recording the screen and every keystroke, file or clipboard transfer.

It can only be installed on a Linux server with Docker.

Is a directory server based on OpenLDAP. It can only be installed on a Linux server with Docker.

In the following image you can view an example of the architecture with a mysql database managed directly from the main servers and an Active Directory and an Oracle database managed through a sync proxy installed on the same host as the managed system. 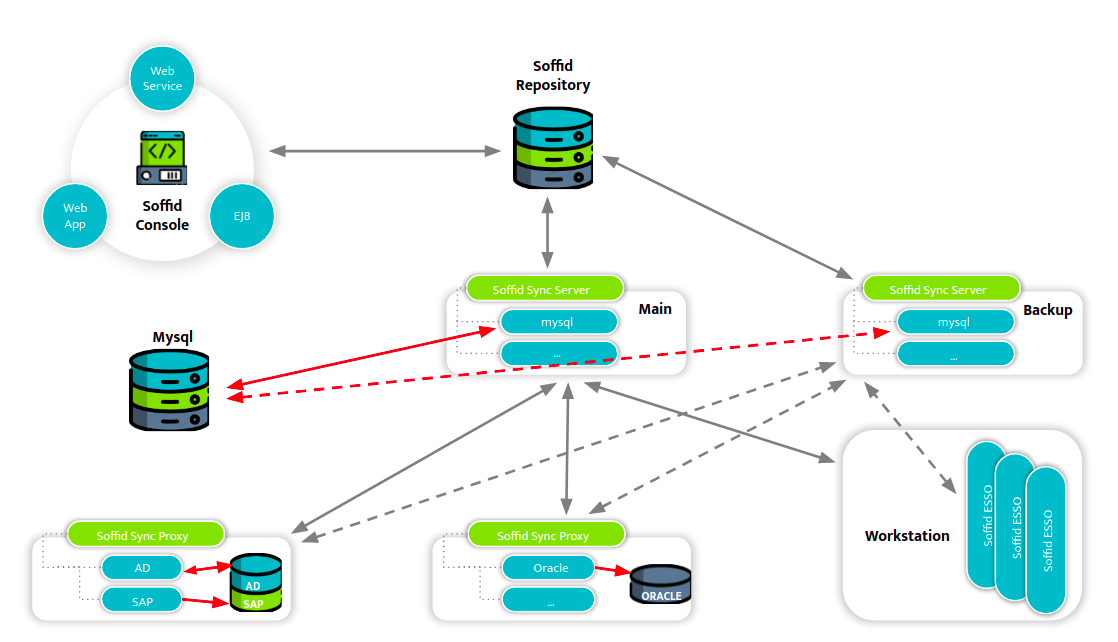 Previous
⏰ Getting started
Next
Database initialization

Export
Back to top